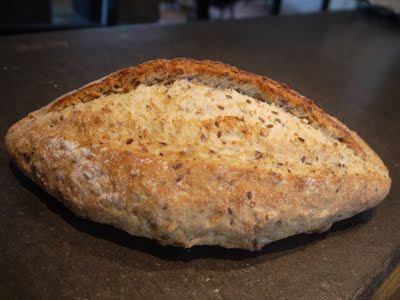 When I was about five years old I came to Vermont for the first time.  My parents and I stayed in a kind of boarding inn, I suppose you would call it, by which I mean a place that would now be considered a B&B, a large old farmhouse complete with large red barn and several outbuildings and some hundred acres of land, most of it meadow, across from a covered bridge still in use at the time (even by the logging trucks which ultimately made it unsafe for cars) that crossed the West River. It was a place where people came to stay in the summer for weeks at a time or even the entire summer, and returned year after year.  Like we did.  What made it unusual was that it was run by a Waldorf-Astoria chef and his family, and the clientele consisted solely of Waldorf people and their friends.  (My father was a headwaiter at the Waldorf.)  Everyone, naturally, was from New York City.
The food was good, I supposed, although I was no connoisseur.  In those days, I understood that eating anywhere besides New York City meant that the food–with notable exceptions, of course–would be just this side of inedible.  Bread, I often heard my father say, they didn’t know how to make outside of New York City.  The lack of decent bread–i.e., the full-bodied European type with a crispy crust, maybe some seeds–was what kept my parents from living anywhere else after my father retired.  I wished they would move to Vermont.  But even in the suburbs of New York they didn’t know how to make bread.
Now there’s no lack of good bread.  There is excellent bread to be had at the Middlebury Co-op, the Vergennes Laundry (a café), at Shelburne Farms, and at farmer’s markets in Vergennes and Middlebury.  We have become especially fond of Good Companion Bakery bread, made just a few miles away.  We met Erik, the baker, at the Vergennes farmer’s market where he was taking orders for “rice-weed-eating ducks.”  That was irresistible.  When we stopped at his farm to pick up the ducks we saw his bread bakery, his sponsored windmill project, and learned of his other projects that included heirloom apples for cider, growing his own wheat, doing his own mowing and all using his own draft horses, raising cows organically, plus a new major project growing rice.  (Really).  Hence the need for weed-eating ducks.  He was featured in the Huffington Report a couple of weeks ago about his rice growing.  (see the link:  http://www.huffingtonpost.com/2011/07/18/local-food-production-vermont-farmers_n_901424.html) As it happens Lesley recently talked with him too, about cows, gathering advice on the topic of raising a beef cow that we’d have a share of for meat. (See “The Social Network” blog entry.)
Bread, as in money to live on.  There’s not much of that for many farmers.   Not for Erik.  Not for Dan, the farmer who mows our meadow.  You have to love the life, and they do.  Dan stopped by the other day, and stayed a while.  He was hoping to mow, and get rid of the old bales, the next morning, but the weather was only going to cooperate for the next two days, and I guess he needed three. So it's still unmoved.  Dan has well over 100 acres to mow in all.  There was so much rain in the spring (a boon if you have some wet land and you want to be a rice farmer) he didn’t get started sowing corn until late, like a number of other farmers near here. Corn should be knee high-plus by now, but it’s barely that.  He won’t get much reward from this haying, as it’s late in the season for quality hay, and the old bales he has to remove aren’t worth much. Plus it will be a pain in the neck to mow and remove bales at the same time. He needs the hay though, as his cows can use about 400 of them a season.  Last September he had a terrible accident in the barn, fell and tore a muscle right off the bone, and so he had to leave the mowing­–and the tractor and motor repair, and other jobs he does to keep going–to others or let them go undone.  Mostly they were undone.  Medical bills pretty much ate up whatever money was left.
Posted by Norma at 4:20 PM No comments: