LOST IN THE BRITISH MUSEUM

Do we make as much fun of buildings we don’t like as the British do?  Do we have the same number of silly-looking buildings?  No and no–or rather, I don't think so.  On the other hand, we don’t have as many you can point to and say, wow, that’s wild!   It’s been a good 15 years since we were in London, pre-millennium, before many of the physical changes in the cityscape, the most obvious being the millennium wheel (14 years ago right there).  Now we have the "Shard" (tallest in all Europe!), the "Gherkin" and the "Wurlitzer", plus one in progress (droopy, like it wants to bend over, the “Accordion” I think it's being called).  I kind of like the Shard. The wheel is okay, too, although I can’t say I was eager to ride it–a whole hour in a capsule for a single revolution.

Then there’s the National Theater where we saw a terrific “King Lear” on our final night.  The theater’s not exactly new (1977!) but we missed it completely on earlier visits.  Brutalist architecture–in more ways than one.  The numerous ramps and protrusions offer a challenge to figure where the entrance is.  Inside as well as out all is gray, massive and gloomy, like a Soviet-style mausoleum.   Amid these stark surrounds the Terrace Restaurant inside has the vibe of an old high school cafeteria.  The first thing a person says when you stop to ask directions is how hideous the architecture is.  “A clever way of building a nuclear power station in the middle of London without anyone objecting,” Prince Charles quipped when it opened.  One imagines big time architects in the UK to be an arrogant lot.  Maybe I just don't get it.

A river trip to Greenwich, an excursion that we hadn't made before, revealed much new construction along the Thames banks.  Each apartment house appeared to be outdoing the other in terms of architectural style or novelty.  One had penthouse apartments hanging over the rest of the building.  (How would you like to be on one of those balconies?)  Another was designed to resemble a sailboat (albeit a heavy one, engendering much mockery), while several others had braces? swords? buttresses? reaching from top to bottom to liven things up.  Some were pretty cool, warehouses turned into residences.


Other Changes, and Not

So much was the same, or better than before.  It was lovely, amazing really, being there in sunny and warm weather.  Everyone was out and about.  The streets were jammed day and night, but especially at night.  Portobello Road on a Saturday morning was crazy crowded.  The Tube was crowded at every hour.  (I love the Tube.  Funneling from one line to another–up, down, around and through–I felt like a hamster.)


Food was excellent. Many of the pubs are now called "gastropubs." Prices, though, are like £'s masquerading as $'s.  That is, the prices look like $, and then you gasp when you realize £ means 60% more.  Food servers, hotel workers, and other service jobs are now most often Eastern European.  And of course, ethnic restaurants at all levels of cuisine, haute and low, are everywhere.  Where else, outside of Turkey, but in a little alley in Shepherd’s Market in Mayfair, could Ken get the full Turkish barber experience extended over an hour and a half that included old-style razors, hot towels, massage (head, neck, arms) and ear hair singed with flames.


In the British Museum

An article about a major Viking exhibit at the British Museum was partly what got us to London.  The BM also has an outstanding collection of early Anglo-Saxon finds, unearthed hoards, that we looked at first.  They, like the Vikings, had cone-like helmets and huge brooches in the shape of a circle with long pin inserted through it. The Vikings as we usually think of them are such a cliché–all that raping and pillaging.  In fact they were actually wide-ranging traders, and farmers to boot.  (Forget those silly horned helmets–only a 19th century re-imagining.)   Viking women were thought to have had special powers, and some were regarded as sorceresses–iron wands were buried with them in positions that signified importance.

When you exit the Viking tour you are ushered into a gift shop–what else?–one created especially for this exhibit in an obscure corner of the museum, making a total of about three or four gift shops in all. Ken, in full Norse mode (it’s in his DNA), gathered up what seemed like thirty pounds of books.  We were finally done shopping when he abruptly turned, dumped the whole pile in my arms saying he needed a bathroom, and shot out the door.  For ten minutes I struggled to hold onto everything and my own stuff until I found a collapsible shopping bag they supplied to put it all in.  I was so weighed down I couldn’t move.  Every time I put the bag down it collapsed and the books fell out.  So I waited.  And waited.  I realized then he might not be coming back.  At that moment this was me:


First I had to get loose of the weight.  I paid for what I deemed the best of the books, dumped the rest, and took up a post just outside the gift shop door.  There were four directions Ken could have disappeared into: a staircase, two corridors and an elevator.  I didn't dare move.  Half an hour went by.  He could have gone anywhere; there were toilets in several directions.  An hour went by.  He emerged from none of the directions.  There was no cell service.  And, anyway, he had no phone.

Staying put was getting me nowhere.  I figured I'd better start looking.  I checked the museum map to find out where I was.  The BM has an immense two story round structure in an atrium by the museum entrance.  There's a gift shop there too.  It wasn’t far.  The atrium was the simplest place to look without getting lost myself.   The alternative was to go back to the hotel and assume he would do the same.  I had visions of a missing persons call to the police.  Notices in the paper.  I circled the atrium.  Everywhere–men with white hair and beards!  Where did they all come from?  Then, among the throng, there he was!  He had been walking around, and around, very, very slowly, figuring (hoping?) I would eventually come to the same place to get out.  Well, I did, didn't I.

Next time we make a plan.  Just in case. 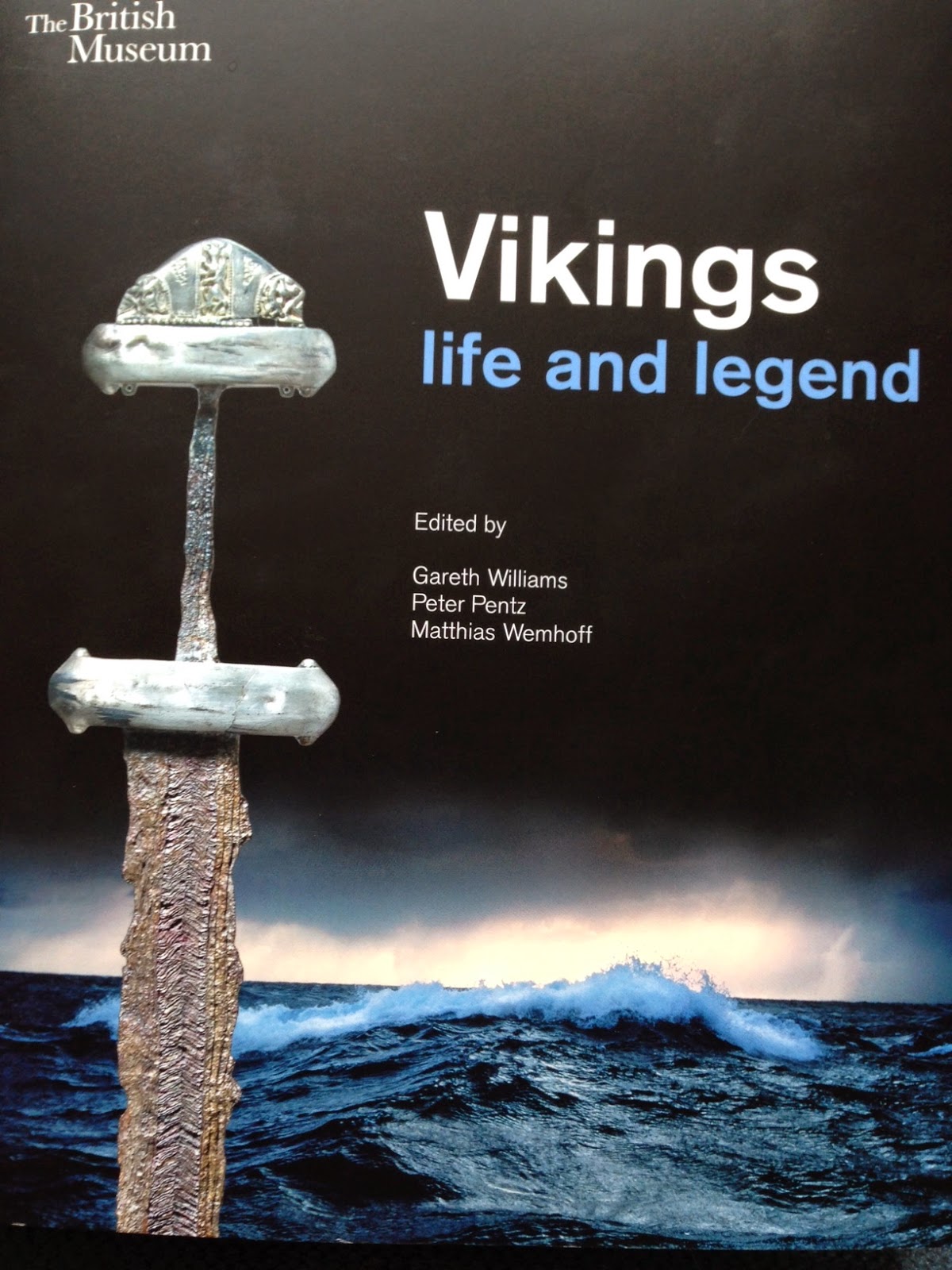